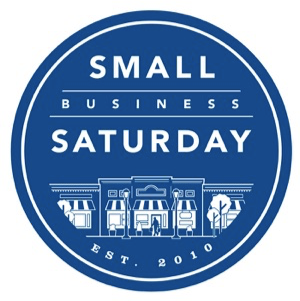 Small Business Saturday is the Saturday after Thanksgiving in the U.S. In 2018, Small Business Saturday will be November 24. The day is intended to encourage American shoppers to consider small retailers and merchants as they think of their holiday shopping. It comes as an answer to the Friday after the U.S. Thanksgiving Day (4th Thursday of November) called Black Friday and the following Monday called Cyber Monday. Both of those days have come to be associated with discounts and promotions at large retail chains and ecommerce businesses. Small Business Saturday is a promotional effort intended to encourage consumers to support local businesses that create jobs, boost the economy and preserve neighborhoods around the country.

In 2010, the Small Business Saturday promotion was created and sponsored by American Express, who registered the URL SmallBusinessSaturday.com and registered the trademark for the term Small Business Saturday. The company also created a Facebook page supporting the event [1] and promoted the event with national television advertising and a broad array of public relations activities. As part of the promotion, the first 10,000 small business owners who signed up to participate received $100 worth of free Facebook advertising, and the first 200,000 American Express cardholders who pledged to use their credit cards on Nov. 27 to support small businesses received a $25 credit.[2]

In 2013, more than 1,450 individuals and organizations signed up to be Neighborhood Champions and rally their communities with events and activities on the day. By 2016, that number has increased to more than 6,700 Neighborhood Champions — in all 50 states. Business associations, nonprofit trade groups, municipalities and public officials formed a Small Business Saturday Coalition, and nearly 100 corporations lent their official support.

Through their own promotional efforts and customer outreach, small business owners generate an estimated $15.4 billion dollars on Small Business Saturday in 2016. [7])


Link to this page: "https://wiki.smallbusiness.com/w/index.php?title=Small_Business_Saturday&oldid=57053"